Pressure cookers are the best option to prepare your food in an almost negligible amount of time. In fact, if you have a 3rd generation utensil, you only have to put all the ingredients in the right amounts and leave the rest to this smart device.

Apart from the well-known time advantage, you’ll also get delicious meals with high nutritional value, which is not possible with other methods. However, you need to make some adjustments in your pressure cooker.

The following tips are going to help you in making the best use of your pressure cooker:

#1: Brown the Meat, even Vegetables, then Deglaze for Intense Flavor

This tip also includes poultry, carrots, pepper and chopped onions. You can apply this tip to stovetop cookers. All you need to do is:

If you have an electric pressure cooker, you can follow the above-mentioned steps, but instead of heating the pot, choose the brown function from the menu.

As the food is cooked in a closed and sealed space, there’s no chance for the liquid to escape as vapor. Therefore, pressure cooking needs less liquid for cooking compared to conventional cooking.

A Guide for Safe Pressure Cooking

If the pressure cooker has a large pot, it doesn’t mean that you fill the food to the top. In fact, keep the food level below 2/3 of the pot. Another thing is, the food must not be tightly packed inside the pressure cooker. Ignoring both these rules will affect the efficiency of your utensil, as well as the quality of your food.

A fully packed cooker will obviously take more time to prepare food. Besides, the top and bottom layer of the food may come out overcooked, while the middle layer remains undercooked. Moreover, filling the whole pot completely activates the safety valves before the pressure is reached.

5 Things to Know When to Use a Pressure Cooker

Cut the pieces uniformly so that all the food is cooked at the same time and has the same taste, feel and flavor.

If the recipe has different kinds of ingredients that have different cooking times:

Now, pressure cook all the items together to get the best quality of food.

That’s when you’re using a stovetop pressure cooker. Start with the high heat. As soon as the pressure is reached, turn the burner to low heat (simmering).

If you’re using an electric pressure cooker, there’s no need to adjust the heat. It automatically does the whole thing without a human hand.

#7: Use Two Burners (with Electric Stoves)

The reason is, when you lower the heat in gas burners while cooking in stovetop cookers, they tend to react quickly. However, that’s not the case with electric burners. So, always set the two burners; one at high heat and the other one at low heat. As soon as the pressure is reached, put the pressure cooker on the low-heat burner.

#9: Use an Electric Pressure Cooker for Seamless Cooking

Here’s how you can play your part in cooking:

Once the pressure is achieved, the pressure cooker will automatically start the countdown. Finally, you’ll hear a beep indicating that the food is ready to come out. 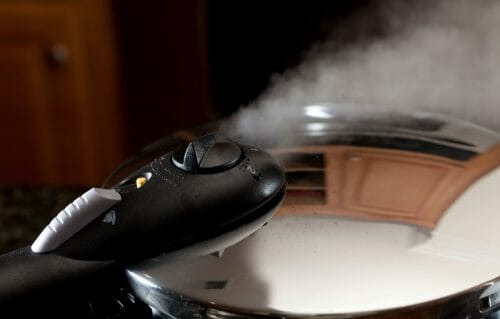 When the food is finished cooking under pressure, follow the recipe to apply the exact pressure release method. So, be sure whether you have to apply the quick-release or natural release method to open the lid. There is a difference of at least 20 to 25 minutes between the two methods.

#12: Stay Away from Cold-water Release

#13: When to Add Dairy Products

Dairy ingredients may curdle under high pressure, so it is better to add them at the very end. Same goes for the herbs. These items can utilize residual heat to release their flavor, yet keep their nutritional value. 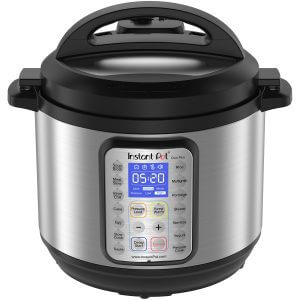